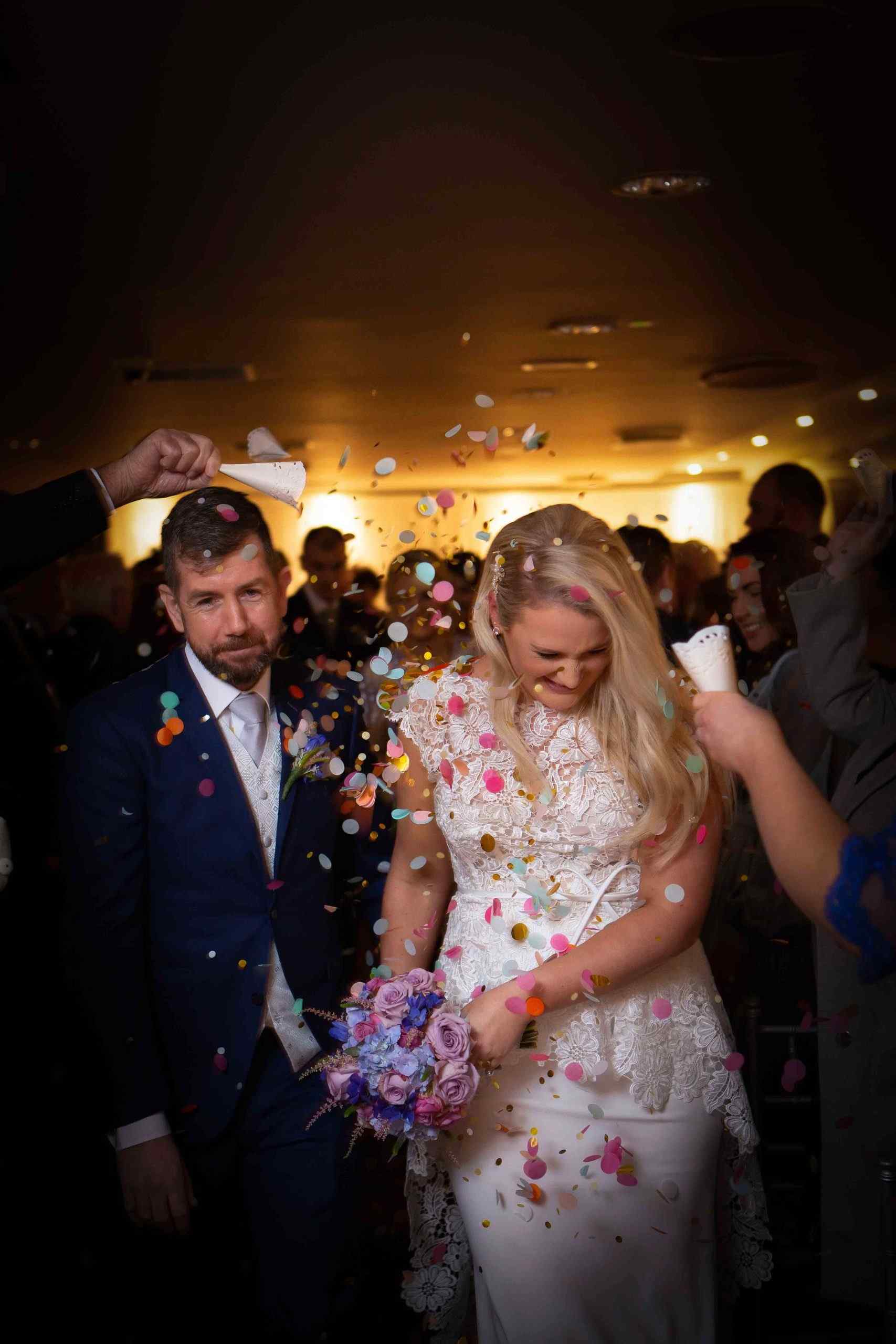 Cassandra and James got in touch with us in 2017, regarding her wedding photography, and we were delighted to be able to capture her special day, she had her date set hotel booked it was to be in The Shearwater Hotel Ballinasloe, in November 2019.

From the first moment we met Cassandra, we knew that she was going to be a pleasure to work with, she had loads of ideas for pictures that she wanted to recreate, and we absolutely love this, plus herself and James were also having a first look, after some discussion and thought , it was pinned down to two locations and eventually a few days before the wedding it was settled,  – the first look was happening at the railway station in Ballinasloe, we were beside ourselves with excitement so you can imagine how Cassandra and James were,

We arrived to Cassandras house in the morning, everyone was sitting around relaxed having breakfast, and baby James was having his nap, Cassandra was cool as a cucumber, no last minute jitters here!

At the railway things couldn’t have gone better, I was on the platform and Ann Marie positioned herself on the bridge to get a birds eye view of proceedings, a few last minute adjustments for James and Cassandra was coming around the corner, and as James turned he only had eyes for his bride to be and I cant blame him she looked stunning,  a few more snaps here and James was off to the Shearwater Hotel for the ceremony with Cassandra following shortly afterwards.

James and Cassandra had five of the most beautiful  flower girls you have ever seen they were too cute and delighted to pose for photos.

The wondertones were there to entertain during the drinks reception, and we slipped away quietly with the happy couple for a few more pics in the beautiful bridal suite.

We left as they were sitting for their meal, and I can tell you it looked like the makings of a good night.

Congratulations to you all Cassandra, James and baby James.